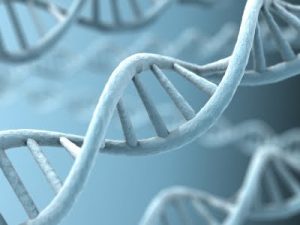 Just heard a news story that researchers have identified three genes responsible for about 9 percent of  stuttering. In the story, a woman who stuttered as a child and teenager and who now works with other stutterers was nearly in tears at the news. Her clients, she said, would be so happy to learn that their stuttering “wasn’t their fault.”

I’m happy for the stutterers of the world. But this story made me think about so many other things related to our health that we try to find an “out” for, something that makes it not our “fault.” The more we learn about the contribution of genes to human health, the more stories like the stuttering one we’ll hear. The thing is, our genes do not operate in a vacuum. Just because I have a gene or genes that increase my risk of lung cancer doesn’t mean I’ll get it. But add smoking to the mix–an environmental component–and it’s much more likely I’ll develop lung cancer as the environmental stress combined with the genetic mutations turn on or off the underlying biochemical processes that trigger cancer growth.

The same could be said for nearly any condition for which a genetic component has been identified. We know, for instance, that some people are just genetically predestined to be heavy. You see it in their families going back generations. The question is, just how heavy? A genetic predisposition towards obesity is not a get-out-of-jail-free card to hit the all-you-can-eat buffet on a regular basis. Instead, it’s a warning light that I have to be even more vigilant than my peers in terms of exercise and diet, much like someone with a genetic predisposition towards high cholesterol has to limit saturated fat and other cholesterol-creating foods more so than someone without those genes.

In other words, don’t blame the genes. That’s like blaming the computer for crashing when you’re the one who operated it without virus protection, or blaming the car for crashing when you’re the one who drove 30 miles over the speed limit while texting. By all means, learn all you can about your genes–there are even tests you can take at home that will provide information on your risk for  hundreds of genetically-linked conditions–but know that risk is only a word. You still, to a large extent, control your medical destiny.

5 Responses to “Blame the Genes”