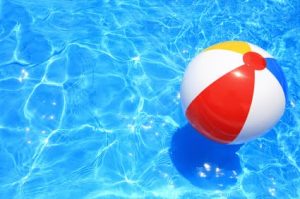 Gather round boys and girls. Today’s lesson is on “risk pools.”

Before you pull out your iPhone to ward off the boredom you assume will come, know this: the concept of risk pools is at the heart of today’s healthcare reform debate.

To understand risk pools, you first have to understand the basic concept of insurance. Insurance is something you buy in case something happens. The more people buying the same type of insurance, the less risk the insurer faces that it will have to pay out for that aforementioned “something.”

Now imagine that same health insurance company insuring 8 million women. Of those 8 million, if 12% get breast cancer that’s 960,000 women with breast cancer but more than 7 million without. Suddenly, there is a huge pool of premiums from which to pay those claims, so everyone’s claims are relatively low.

Another way of thinking about risk pools is to image putting three drops of green dye into a cup of water. The water will turn a fairly strong shade of green. But put those same three drops into a swimming pool and you wouldn’t even have enough green for St. Patrick’s Day. You have diluted the dye with that larger pool of water, just as a larger risk pool dilutes an insurer’s risk of claims.

Why? Because most people are, bottom line, healthy. The more healthy people in your risk pool, the more money you have available to pay the claims of the sick people.

Which brings us to the current topic in the healthcare reform marathon. Health insurers raising premiums up to 100 percent or more. Most of these premium increases are occurring in the individual insurance market, in which people buy their own health insurance rather than having their employer purchase it for them. This has always been a relatively small market, or risk pool, so premiums have always been relatively high. Premiums have also traditionally been high because people forking out their own money for health insurance are more likely to have a health issue than those who don’t.

However, with the recession the market has gotten smaller as healthy people drop their insurance (crossing their fingers that they don’t get hit by the proverbial bus tomorrow) to save money. The smaller the pool, the greater the risk, the higher the premium.

Enter healthcare reform. If the current plan (or plans–I’ve lost track as I’m sure you have) go through and all Americans are required to have coverage in one way or another, then anyone not covered through an employer would be part of one enormous risk pool. We know, for instance, that there are about 35 million Americans out there who haven’t even put their toe into the pool; now they’ll be able to dive in. That, in turn, should (conceivably) lower premiums for all of us in the independent healthcare pool.

The same goes for employers; if they are required to cover all their employees then, conceivably, their health insurance premium increases should slow given the larger risk pool.

Now, this is a very simplistic way of looking at it and I’m sure someone is going to tell me I got something wrong (and that’s ok, I’m ready to listen).

At the very least, however, I hope it’s helped you understand why it is so important that everyone take their little cups of water and pour them into one big pool.

4 Responses to “Swimming in the Health Insurance Risk Pool”