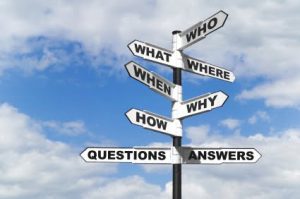 Now, this is not to pick on my mother (who, since she reads this blog, is probably preparing to cancel her upcoming trip to see me). It’s to point out a major problem with too many people in this country, particularly those, ahem, of a certain age (read: Medicare beneficiaries).

Like my mother, they were raised during a time in which you never questioned your doctor. When he (and most doctors of the time were men) said swallow these pills, you said “how many?” When he said you need surgery, you said “when?” When he sent you for x-rays, CT scan, MRI — you went. Why worry about it when you had good health insurance and your out of pocket expenses were just a few dollars. After all, these are just tests, they’re not going to hurt you, are they?

In fact, the release of two major studies this week showed just how much they can hurt you. Both were published in the Archives of Internal Medicine and both looked the contribution of CT scans–those seemingly benign fancy x-rays that provide your doctors with three-dimensional images of parts of your body–to cancer. We like these scans; last year, Americans received 70 million of them!

What does this mean for you? It means that, unlike my mother, you should not blindly head to the radiology department whenever your doctor hands you a prescription for a CT (or MRI or any other test). Nor should you take yourself to those freestanding centers that offer full-body CTs.

Even if the test itself doesn’t carry any risk, it still costs money. Or could lead to unnecessary biopsies and worries. Or could identify something that, if you hadn’t known was there, wouldn’t have killed you but will now subject you to treatments that could.

This is not to say that imaging tests aren’t necessary. They are a very important part of good medical care. However, researchers estimate that at least a third of all CTs are unnecessary. Plus, as an editorial in the same issue of the Archives pointed out, a GAO report on  medical imaging found significant differences in expenditures on medical imaging between states, with no evidence that people getting more scans fared better medically than those getting fewer. Another study found that nearly four out of 10 scans ordered for heart conditions were inappropriate or, most likely, not needed.

So the next time you think about asking for a CT, or your doctor wants you to get one, ask the question: “Why?” Will it change the treatment plan? Are there other diagnostic options? What are you looking for?

If you and your doctor decide that yes, you do need the scan, when you get to the radiology department ask those same questions. Turns out that doctors often order one test when another would work much better at delivering the information they need–possibly with less risk.

This is the kind of thing that managed care used to do back in the heyday of HMOs. Doctor ordered an MRI or CT scan? They usually had to get authorization from a nurse or other medical professional first. Back then, of course, everyone screamed about rationing. So the practice, like most that managed care instituted to reign in runaway costs, went the way of the horse and buggy.

Rationing? Maybe. But wouldn’t you rather be refused a CT scan today than get a scan-related cancer tomorrow?

2 Responses to “Why You Should Ration Your Healthcare”