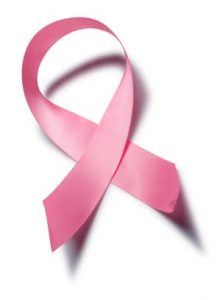 So my cousin emailed me the other night. She had a breast cancer recurrence about 6 years ago. Before you feel too sorry for her, however, know this: She’s doing great, moving from one targeted treatment/chemotherapy/laser knife procedure to another. Her doctors are fabulous. Her attitude is amazing. And, as she constantly tells us, she feels great and is loving life. No, this isn’t about her. It’s about her friend, the one she emailed me about.

Her friend was diagnosed with an early stage of an aggressive form of non-small cell lung cancer a year ago. After chemotherapy, a CT scan this summer showed her lungs clear of cancer; but a followup CT scan last week showed some spots. This woman had participated in a clinical trial during her first round of treatment and her doctor wanted her to join another clinical trial. But my cousin’s friend is freaked out; she doesn’t want to feel like a “guinea pig.” So when her daughter suggested she see a doctor who specializes in an unproven and experimental therapy called insulin potentiation therapy, she was ready to call for an appointment.

“What do you know about this?” asked my cousin, who, despite my missing medical degree, has been turning to me for medical information for years.

A quick Internet and PubMed search showed it was quackery at its best. Its proponents bill the treatment as “low-dose chemotherapy” with no risk of nausea, hair loss, or other icky side effects of traditional chemo. One web site calls it a “kinder, gentler way to fight cancer effectively, including particularly aggressive cancers such as lung cancer and colon cancer.” The key, say proponents, is using your own insulin to cure your cancer. They reduce blood glucose levels prior to administering the chemo, then administer chemo and glucose in quick succession, relying on insulin to carry it into cancer cells which insulin “opens” to the glucose.

I’m not going to get into the debunking here. . . I think Sloan Kettering and the ACS do it quite well.

My concern rests not only with this woman’s eagerness to embrace the alternative as “better” than proven therapies, but with her reluctance to join a clinical trial. The National Cancer Institute reports that less than 5 percent of adult cancer patients join clinical trials, even fewer older adults. The reasons are numerous, but one of the main reasons comes down to cancer patients wanting to choose their own treatment.

Based on my cousin’s question — “When you are in a clinical trial, do half the participants get a placebo?”–I’d say ignorance is another reason (no, I told her; the new therapy is tested against the current therapeutic standard).

My cousin has been dealing with metastatic cancer for four years and it’s apparent that her doctor never explained how clinical trials work when, I know, it is quite likely she will need to join one at some point.

Which brings up another major reason patients don’t join clinical trials: Their doctors don’t tell them about the trials. One 2000 Harris Interactive poll found that 80 percent of cancer patients didn’t know clinical trials were an option for them, yet 76 percent said if they’d known, they would been “somewhat or very receptive to participate” Unfortunately, the poll also found that of the patients who did know about the trials, 71 percent chose not to participate, primarily because of misconceptions like my cousin’s and her friend’s that they would be guinea pigs and get a placebo. Other research confirms physician reluctance to enroll patients in trials.

I recall attending the American Urological Association annual meeting a couple of years ago and listening to some of the leading reseachers in prostate cancer research list the number of clinical trials that had to be closed because they simply couldn’t get enough patients to participate.

The point is this: My cousin has lived for four years with metastatic breast cancer, a length of time that would have been unheard of just a decade ago. Her life is the result of dozens of clinical of trials and the thousands of women willing to participate in them that brought new and novel therapies to market, the very therapies keeping her alive today.

Let me hear your thoughts on the topic. . .

One Response to “Back Away from the Quacks!”