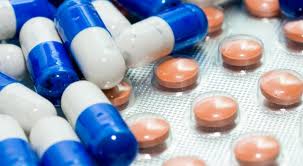 I’m in the middle of a project about the future of cancer care in this country. And you can’t talk about cancer treatment these days without also talking about cost. That’s because cancer drugs are among the most expensive in the world, with several costing more than $100,000 a year. If you have a 20% copayment, that means $20,000 out of your pocket.

Yet most of these drugs extend life just a few months and most have significant side effects.

Let’s take a look at one drug approved this year: Zykadia, indicated for a type of late-stage lung cancer. It costs $13,200 a month, or $158,000 a year. It works exactly the same a drug approved three years earlier for the same type of cancer, Xalkori, which costs about $2,000 a month less (although still pricy at $11,500 a month). In clinical trials, it staved off cancer progression for a median of seven months (meaning half the patients in the trial saw their cancer begin growing again in less than seven months; half in more than seven months).

I’m not saying that an extra seven months of life isn’t worth $92,400. . . but let’s think this through. Zykadia is just one of dozens of high-priced targeted drugs. They are wonderful medications — they’ve kept my cousin alive and healthy with metastatic breast cancer for an amazing 11 years (she’s very lucky that her insurance covers everything). But in an age of shrinking resources and healthcare costs that continue to outpace inflation, we have to think beyond the clinical benefits and look at the value of treatments — value being the clinical benefits divided by the cost.

In Great Britain, the National Institute for Health and Care Excellence (NICE) does exactly that when it  approves medications for the national drug formulary, the list of drugs the national health system covers. NICE has turned down several high-cost cancer drugs, saying the price doesn’t justify the benefits.

Meanwhile, pharmaceutical companies justify these high prices by pointing to the millions it takes to bring a drug to market. Fair enough. But, interestingly, when a group of oncologists at a major cancer center in New York city wrote an editorial decrying the high cost of a colon cancer drug (which was twice as expensive as similar drugs with little improved benefit), saying they would not prescribe it, the drug company slashed the price in half. Another editorial in a journal from a group of 100 hematologists decried the high cost of new leukemia drugs.

When doctors start speaking out about these outrageous prices, you know things are serious.

I don’t have an answer for all this. . . . and it is certainly not a black-and-white issue. My goal here is to get you thinking about cost—because it’s a topic that’s going to become more relevant to us as more of us face higher deductibles and copayments with our insurance, and as healthcare costs continue to consumer a larger and larger portion of federal and state budgets.

What do you think?